Solar panels increase grasses for sheep and cows by 90% It’s all about the benjamins – and it seems solar power is getting better at printing them a little more every single day.

Researchers at the Oregon State’s College of Agricultural Sciences, in the recently published Remarkable agrivoltaic influence on soil moisture, micrometeorology and water-use efficiency (.pdf), measured the effects on growth of multiple plants located under solar modules. The analysis found that several key grazing grasses were able to significantly increase their output, and in total the researchers found that greater than 90% more biomass was grown in areas partially or fully covered by solar panels. The paper suggests it was mostly due to significantly increased water efficiency – 328%. This efficiency allows semi-arid regions, with a wet winter, to store more water in the ground, allowing for a longer growth during the growing season.

The researchers discovered the aberration in growth as they walked by the facility on a daily basis, and decided to follow up with a proper analysis. The paper notes:

This solar array was installed without the intent to influence plant production. It was by accident. Nobody engineered this system. Now, we’re trying to develop a deeper understanding of how we can engineer the system to be technically feasible, environmentally sound and economically viable. 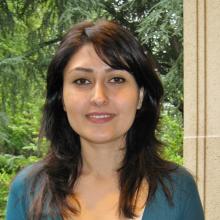 Dr. Elnaz Hassapour Adeh, the lead researcher on the paper noted that there is further research planned on key high value crops that are suitable in shady conditions. She said that this study is part of a larger “effort to understand links among energy, water and food systems”.

Significant research is being done on how to increase revenue strategically from solar power systems, and much like wind power, the ability to site solar power in ways that fossils simply cannot do is part of the magic. Onyx Solar is already replacement glass in buildings with solar modules, RGS Energy and Tesla are trying to replace shingles with solar modules, the Dutch are testing solar powered highway noise barriers, the Chinese, Dutch, French, and others are all testing solar roadways, and many are trying ways to integrate solar with food production – including in Massachusetts cranberry bogs, Chinese fish farms and vineyards, Japanese mushroom farms, Minnesota honey production and more.