The widely praised program, largely under the auspices of Xcel Energy, continues to grow in capacity, with what the utility reports are significant rate-savings for participants.

Solar observers who believe the next big boom region in the country could be the Midwest see Minnesota as the state that will lead the revolution – and the most recent satisfaction numbers with its community solar program won’t do anything to slow that speculation down.

The state, thanks in part to Xcel Energy’s turnaround on community solar (which it fought for three years before changing its mind in the face of customer pressure), grew 76 MW since November, reaching 246 MW total.

In addition, more than 88% of the program’s 2,200 residential community solar customers have seen significant savings on their bills, according to Xcel, which is now publishing data concerning their customers. By most measures, the program has been a rousing success. 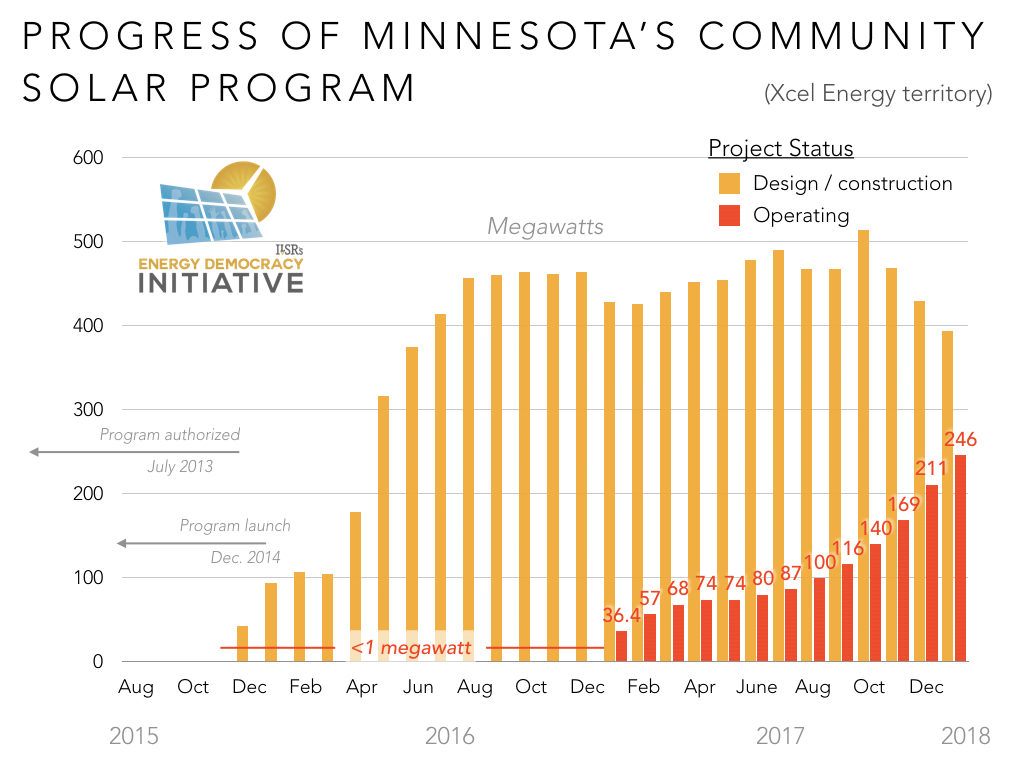 Xcel also reports that 87% of the 246 megawatts are commercial customers, meaning there’s still significant room for growth in the residential sector. 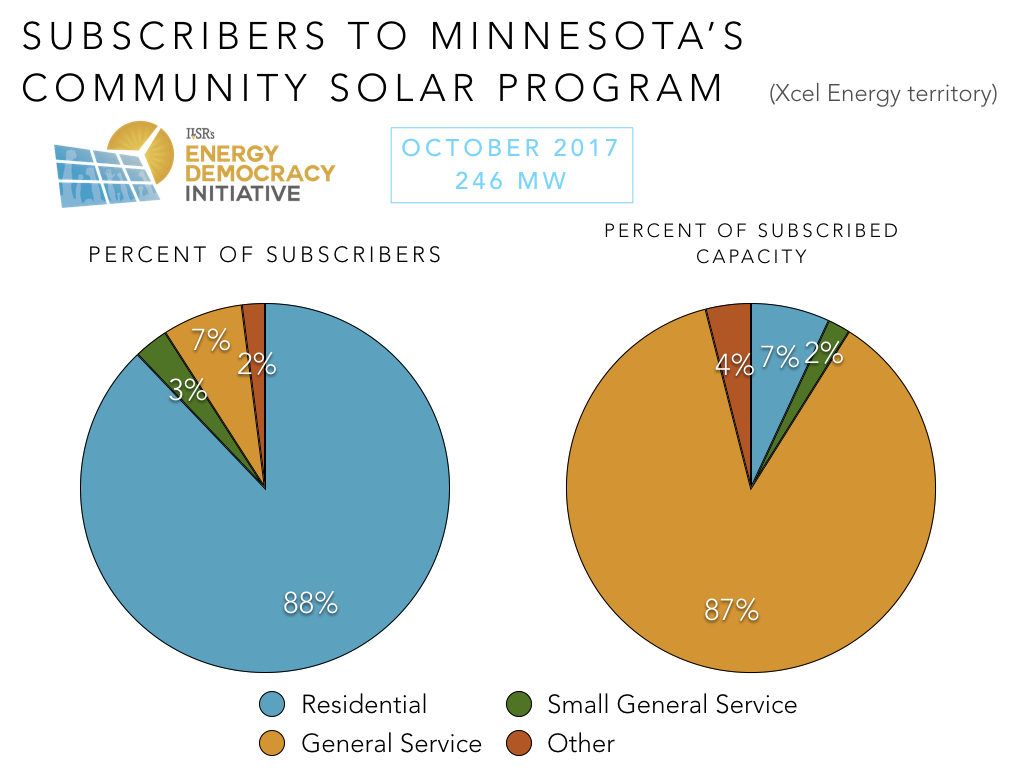 In addition, the National Renewable Energy Laboratory has begun to implement in earnest a study it conceived in 2016 with Fresh Energy and Audubon Minnesota, in partnership with the Minnesota Corn Growers Association, Minnesota Farmers Union, and a coalition of agricultural and business leaders, to see if solar farms and actual farms can co-exist.

The study’s results could be important in future solar development because, in other states like Maryland where agricultural land has started to be used for solar farms, concerns about taking farmland out of service has already put the pause on several projects. If crops and solar can peacefully co-exist, it could open even more land for solar development than previously thought possible.

NREL notes that Minnesota is the fourth-largest agricultural exporting state in the United States.